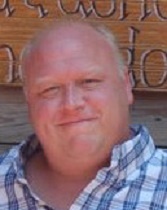 He was born in Chicago on November 26, 1961, the son of the late Paul and Barbara (Luecht) Stonchus. He was an avid Chicago Bears, White Sox, and Blackhawks fan. He attended the First Presbyterian Church of Peotone.

To send flowers to the family in memory of Donald Stonchus, please visit our flower store.