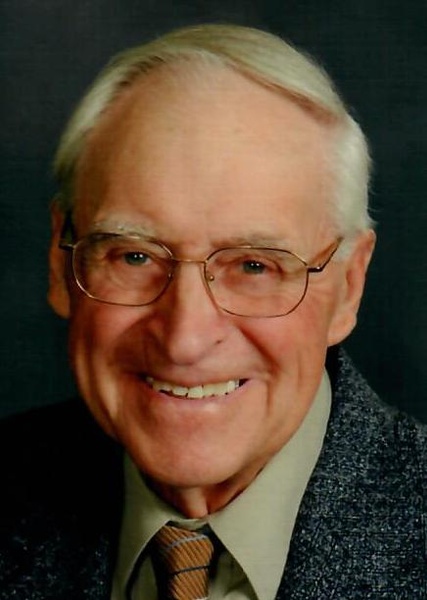 He was born on July 29, 1927 in Beecher, the son of Fred and Emelie (Heldt) Sheming.  He married Rita (Arends) Sheming on April 14, 1951.  She passed away on November 25, 2002.  He was a lifelong farmer and was employed in maintenance at First Community Bank and Trust in Beecher and Peotone.  He was a member of St. Paul the Apostle Catholic Church, the Will County Farm Bureau, and volunteered with Helping Hands in Peotone.  He was known for his infectious smile and his willingness to always help his family and friends.  He was a meticulous handyman and Mr. Fixit.  He loved dogs and cats, enjoyed dancing, playing cards, and playing games of all sorts.

Visitation will be held at the Fedde-Helfrich-Cross Funeral Home on Thursday, August 8 from 3:00 p.m.-8:00 p.m.  A funeral mass will be celebrated at St. Paul the Apostle Church in Peotone of Friday, August 9 at 10:30 a.m.  Burial will be at St. John United Church of Christ Cemetery in Beecher.  Memorials in his name may be directed to St. Paul the Apostle Catholic Church or Joliet Area Community Hospice.

To send flowers to the family in memory of Donald Sheming, please visit our flower store.