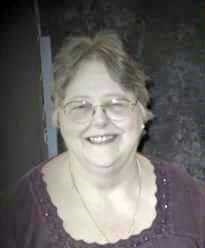 She was born on March 20, 1951 in Harvey, IL; the daughter of Jacob and Pauline (Vilc) Borgman. She was retired from Missouri Union Pacific Railroad and was a member of the Peotone American Legion Post 392 Auxiliary.

She is survived by her son and daughter-in-law, Steven (Jackie) Borgman of Peotone; two granddaughters, Sydney and Scarlett Borgman; a sister, Carol (the late Elmer) Putitis of California; and two sisters-in-law, Carol and Maureen Borgman. She was preceded in death by her parents; a sister, Wendy Borgman; and four brothers, Donald, Dale, Jacob, and Edmund Borgman.

To send flowers to the family in memory of Diane Borgman, please visit our flower store.