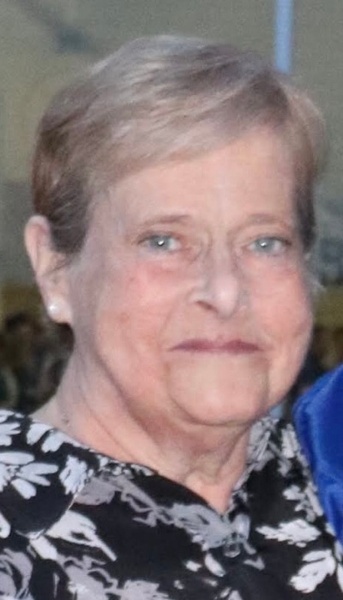 Diana E. Papp, age 75, of Peotone, passed away on Tuesday, January 7, 2020 at Loyola Medical Center in Maywood, IL, surrounded by her loving family.

She was born on July 24, 1944 in Chicago, the daughter of John and Mildred (Solaya) Smith.  She married Thomas F. Papp on November 1, 1960 in Chicago.  He preceded her in death on July 20, 2015. Diana was first and foremost a loving wife, mother, grandmother, and Nana. She owned and operated Diana Kay’s Clothing Store in Peotone.  She also worked at Bennett Industries in Peotone and served as their Union President.  Upon leaving Bennett Industries; along with caring for her own children and grandchildren; Diana also cared for multiple other children in the community.  One of the most important roles in her life was caring for her chronically ill “favorite” daughter, Carey.  She loved to cook, bake, and make blankets for all of her loved ones.  She especially enjoyed the holidays and making them very special for her family.  Her greatest joy was spending time with her family, especially her grandchildren and great-grandchildren.

Cremation rites have been accorded.  A memorial visitation will be held at the Fedde-Helfrich-Cross Funeral Home on Friday, January 10 from 2:00 p.m.-7:00 p.m.  A memorial service will be held at 7:00 p.m., Deacon Jim Kelly officiating.  Memorials may be directed to the Juvenile Diabetes Research Foundation (J.D.R.F.) in her memory.

To send flowers to the family in memory of Diana Papp, please visit our flower store.