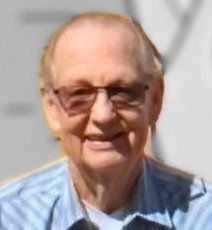 He was born on March 17, 1944 in Kankakee, IL, the son of James Lester and Mae Irene (Hartman) Sloan.  He married Carleen (Hulsey) Sloan on April 16, 1966.  Dennis was a United States Army Veteran and a former farmer.

Dennis is survived by his daughter, LaDonna Sloan of North Liberty, IA; his son, Lorne Sloan of San Tan Valley, AZ; 2 grandchildren; 10 great-grandchildren; and a sister, Marcia Haag.  He was preceded in death by his parents; his wife, Carleen A. Sloan on May 24, 2021; and a brother, Norman Sloan.

To send flowers to the family in memory of Dennis Sloan, please visit our flower store.