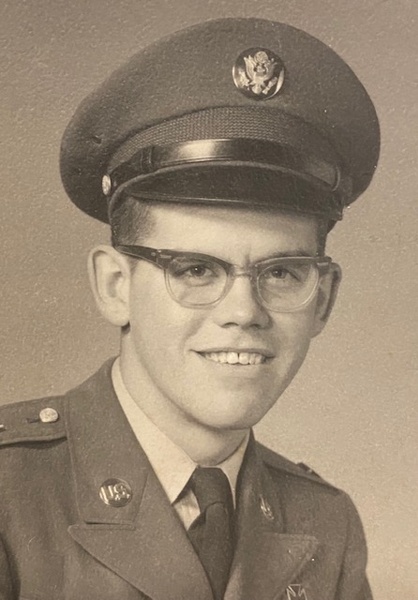 Dennis retired from the Village of Peotone as the Supt. of Public Works in 1998 where he was a licensed water/wastewater operator. He was also a part-time Peotone Police Lieutenant for 30 years, and had served as a volunteer member of the Peotone Fire Dept. for several years.  Prior to working for the Village of Peotone, he worked at General Foods in Kankakee, IL and at Bennett Industries supervising the production of plastic buckets in Peotone.

Dennis was a member of the Peotone American Legion where he served as the Commander in 1971. He was a lifetime member of the First Presbyterian Church of Peotone, served as a trustee on the Peotone Cemetery Board, was also a member of the Gold Wing Riders Association and the Blue Knights Motorcycle Club, Chapter XVI, where he and the Club began an annual Bike Blessing at the Manteno Veterans Home which raised thousands of dollars for them over 25 years.  Dennis was in the United States Army serving from 1961 to 1963 and was stationed at Giessen Army Depot in Germany.

While working full-time, Dennis also received his Associate’s Degree in 1978 from Kankakee Community College in Air Conditioning and Refrigeration and began his own business “Gribbins Repair”.  He would fix just about anything for anyone.

Dennis is survived by his two daughters and sons-in-law, Denise (Mark) Asbrand and Deona (Phil) Ashline, all of Peotone; his three granddaughters, Faith Asbrand, Morgan Ashline and Mallory Ashline; two sisters LuRose (Myron) Somersett and Anita Bogart, and a sister-in-law, Mary Gribbins. He was preceded in death by his parents, his wife, his brother, George Gribbins,  a brother-in-law, Gary Bogart; and several nieces, nephews, great-nieces and great-nephews.

Visitation will be held at the Fedde-Helfrich-Cross Funeral Home on Friday, April 1 from 3:00 p.m.-7:00 p.m.  Peotone American Legion Service, Military Honors by the United States Army, and funeral service officiated by Rev. Alex Regets will all take place at 7:00 p.m.  In lieu of flowers, the family requests that memorials be made to the Peotone American Legion, the Manteno Veterans Home, Uplifted Care Hospice, or the Peotone Cemetery Association.  Sign the guestbook at www.feddehelfrichcrossfh.com

To send flowers to the family in memory of Dennis Gribbins, please visit our flower store.