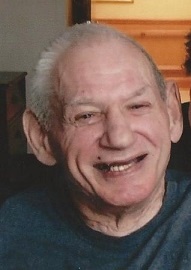 Denny was born on December 9, 1941 in Kankakee. He worked on his father’s farm and mowed grass with his brother until a stroke paralyzed him in 1999. Denny like to watch professional wrestling and was a loyal Chicago White Sox fan. He also like vintage tractor pulls and loved his Ford 960 and John Deere green. Mr. Cann is survived by his mother, Ferne; four brothers, Brian (Mary), Stuart (Jerri), Monte (Debbie), Barry (Carol); a sister, Kristie Lou (Mike) Jones; several cousins; and numerous nieces and nephews. He was preceded in death by his father, Clyde, in August 1982. Memorials to the family’s wishes would be appreciated.

To send flowers to the family in memory of Dennis Cann, please visit our flower store.