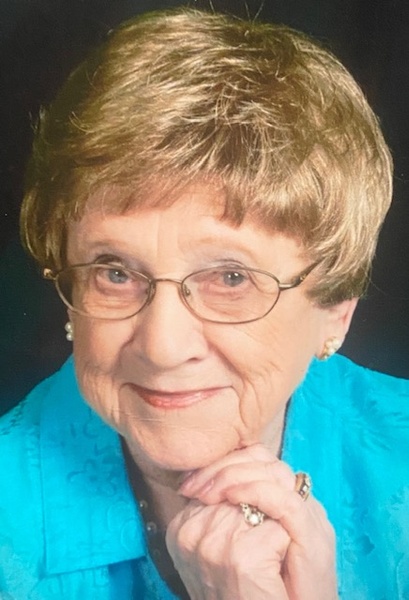 She was born on September 7, 1924 in Peotone, the daughter of Emil and Hilda (Schubbe) Palso.  Delores attended school in Peotone and was a graduate of Peotone High School, Class of 1941.  She married Robert E. Busz on November 12, 1944 at Immanuel United Church of Christ in Peotone with Rev. E. H. Plassmann officiating.  She was a lifelong member of Immanuel United Church of Christ and a 60-year member of the Women’s Fellowship.  She worked with her husband on the family farm in Peotone where they raised their family.  She enjoyed gardening, playing cards, and meeting up with friends for coffee and a meal.  She served as Will Township Clerk for many years.

Visitation will be held at the Fedde-Helfrich-Cross Funeral Home on Sunday, April 24, 2022 from 1:00 p.m.-4:00 p.m. with funeral services being held at 4:00 p.m., Rev. Terry Krouskoupf officiating.  A funeral dinner will be served immediately following the funeral service at the Immanuel United Church of Christ Fellowship Hall.  Private interment will be at Peotone Cemetery.  Memorials in her name may be directed to Immanuel United Church of Christ Women’s Fellowship.   Sign the guestbook at www.feddehelfrichcrossfh.com

To send flowers to the family in memory of Delores Busz, please visit our flower store.