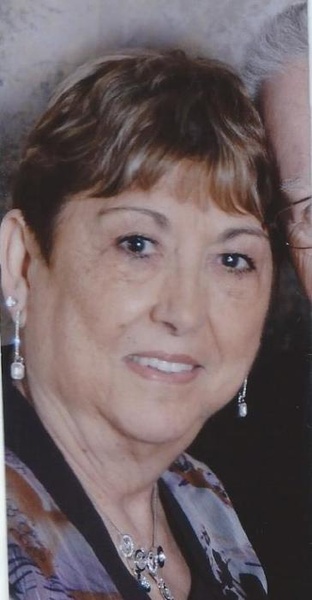 She was born on August 27, 1938 in Earle, Arkansas, the daughter of the late Homer and Elsie (Watson) Bridges.  She owned and operated her own cleaning business, Turk Janitorial, for many years.  She enjoyed crafts and bowling.  She was a member of Calvary Assembly Church in Richton Park and was a devoted wife, mother, and grandmother.

She is survived by her husband of 62 years, Richard Lee Turk of Manteno; 6 children, Debbie Renee (Doug) Brinegar of Indiana, Terry (Patty) Turk of Park Forest, Sherry (John) Guenther of Monee, Rick (Carla) Turk of Oak Forest, Richie Turk of Oak Forest, and Michael Turk of Monee; 21 grandchildren, 25 great-grandchildren, and numerous nieces and nephews.  She was preceded in death by her parents; a sister, Joyce Bridges; and a brother, Sonny Bridges.

Cremation rites have been accorded.  A memorial service will be held at the Fedde-Helfrich-Cross Funeral Home on Saturday, January 20 at 11:00 a.m., Pastor Jeff Morrow officiating.  In lieu of flowers, memorials to the family’s wishes would be appreciated.

To send flowers to the family in memory of Della Turk, please visit our flower store.