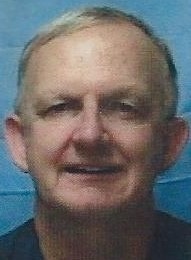 David Grabs, age 66, of Peotone, passed away at home with all his loving family surrounding him on Thursday, February 18, 2016. He was born on June 28, 1949 in Evergreen Park, the son of the late Fredrich and Mavis (Rowe) Grabs. He was one of six children with four sisters and one brother.

He was a retired journeyman electrician at the Union Pacific Railroad in the Dolton Yard. He enjoyed many hobbies, especially gardening. He always looked forward to Mother’s Day to start planting and wait for the harvest. He enjoyed teaching others how to can the bounty from his garden. He was a great teacher, friend, and kind spirit that will be truly missed but never forgotten.

David is survived by his wife of 42 years, Donna (Quinn) Grabs who he married on March 26, 1973 in Steger. He is also survived by three children, Joseph (April) Grabs of Peotone, Rachel Grabs of Peotone, and Andrea (Derek) Grabs of Berthoud, CO. They are blessed with six grandchildren, Emily and Olivia Grabs, Austin Rhoady and Coltin Grabs, and Dominic and Riley Shepard. He is also survived by three sisters, Ann (the late Bill) Adair, Roxanne (Ron) Wicklund, and Adrienne McPhail; and one brother, Fredrich (Maureen) Grabs; two sisters-in-law, Marybeth (the late Tom) Gaskin and Jeannine Toepper; one brother-in-law, Michael (Diane) Quinn; and numerous nieces and nephews on both sides. He was preceded in death by his parents; a sister, Mavis Vought; a niece, Mavis Stadt; his grandmother, Evelynn Scott; and grandfather, Earl Rowe.

To send flowers to the family in memory of David Grabs, please visit our flower store.