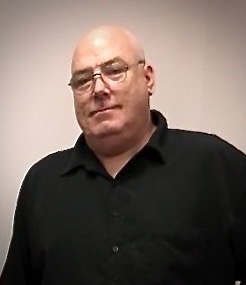 He is survived by his loving wife, Robin (Newberry) Long of Peotone who he married on April 29, 1989 in Joliet; his son, Cameron Baxter Long; his daughter, Rachel Samantha Long of Peotone; and his mother, Dora (Fletcher) Long of Elizabethton, TN.  He was preceded in death by his father, Cledith Ray Long.

He was born on November 16, 1960 in Maryville, TN.  He was employed for 30 years as a commercial truck driver working for Unisource, now known as Veritiv, of Joliet and was a member of the Teamsters Local Union #179.  He was a member of the First Baptist Church of Manteno and loved to tinker in the garage working on cars, mowers, and other equipment.  Most of all, he was a loving husband, father, son, son-in-law, brother-in-law, and uncle.

To send flowers to the family in memory of Cledith "Big Ed" Long, please visit our flower store.