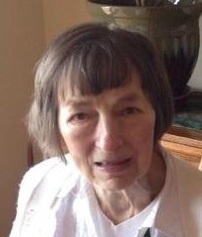 She was born on September 26, 1931, the daughter of the late Charles and Valeria (Loitz) Younker. She married the late Charles (Chuck) Darling on October 18, 1953 in Peotone. Charlene was a homemaker, caretaker, and a beautician. She was a member of the Peotone United Methodist Church and the Peotone American Legion Auxiliary.

She is survived by her children, Nancy (Michael) Jaffe of Bensenville, IL, Jeffrey (Rebecca) Darling of Peotone, and Susan Luehrs (Doug Ogle) of Nashville, IN; grandchildren, Amy (Scott) Scheffers of Peotone, Julie (John) Hollandsworth of Peotone, Melanie Luehrs of Peotone, Jacob and Benjamin Darling of Peotone, and Phillip Jaffe of Bensenville; six great-grandchildren, Joseph, Olivia, Tyler, Jack, Madilyn, and Henry; a brother, Calvin Younker of Peotone; a nephew, Gary (Mary) Younker of Chicago; and two wonderful caretakers, Jackie and Donna. She was preceded in death by her parents; her husband, Chuck; an infant son, Jonathan; and a son-in-law, Donald Luehrs.

To send flowers to the family in memory of Charlene Darling, please visit our flower store.