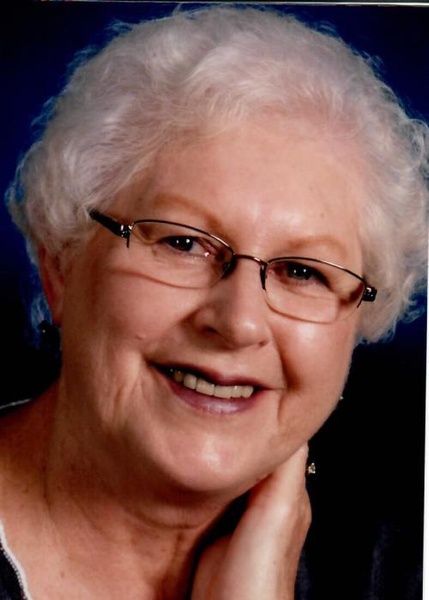 She was born on January 27, 1938 in Joliet, the daughter of Harold F. and June E. (Schmuhl) Ullrich.  She worked on the family farm with her first husband, Glen Cosgrove, and also worked as an AVON sales representative in the Peotone area for many years making many long lasting friendships.  Some may also remember Carol as “Mrs. Claus” at many special events in Peotone and the surrounding communities.  She was an active member of Immanuel United Church of Christ and the Women’s Fellowship.  She was a longtime member of the Will County Threshermen’s Association and served as a superintendent for the Will County Fair Association for many years.  She was an avid reader, enjoyed crafts, and working in the garden.

She is survived by her husband, Wayne Hossbach of Peotone; three sisters, Kathryn (Donald) Hoffman, Luann (the late Dennis) Soucie, and Karen (Edward) Knecht all of Peotone; a brother, Roger (the late Phyllis) Ullrich of Wilmington; and numerous nieces and nephews.  She was preceded in death by her parents and her first husband, Glen Cosgrove (November 2, 2008).

Visitation will be held at the Fedde-Helfrich-Cross Funeral Home on Thursday, January 23 from 3:00 p.m.-8:00 p.m.  Funeral services will be held at Immanuel United Church of Christ on Friday, January 24 at 11:00 a.m., Rev. Terry Krouskouph officiating.  Visitation will be held at the church from 10:00 a.m.-11:00 a.m. prior to service.  Burial will take place at Peotone Cemetery.  Memorials may be made to Immanuel United Church of Christ, Hospice of Kankakee Valley, or the American Cancer Society.

To send flowers to the family in memory of Carol Cosgrove-Hossbach, please visit our flower store.