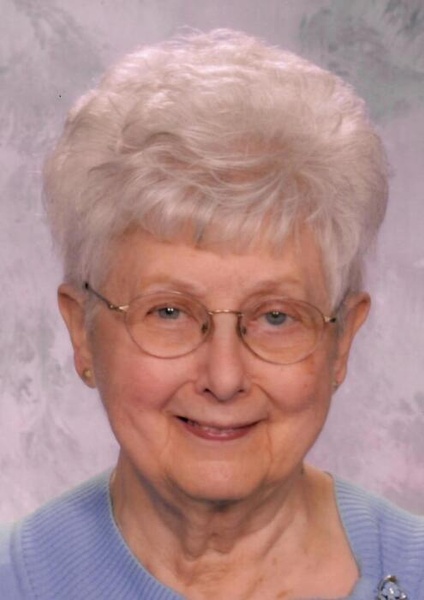 She was born on March 11, 1932 in Peotone, IL, the daughter of Edwin A. and Edna (Friederichs) Bisping.  Carol was a Peotone High School graduate, class of 1950.  While still in high school, she began working at the Cottage Bakery in Peotone and continued to work there for 13 ½ years.  She then began working for the Mortell Company, later to become Dow Chemical, where she worked for 28 years.  She then finished her work career at United Coating which later became Sherwin Williams.  She was a member of Immanuel United Church of Christ in Peotone where she enjoyed being involved in activities with the church youth group and women’s fellowship.  She especially enjoyed traveling and reading.

She is survived by her nephews and nieces; Richard (Barb) Bisping of San Antonio, TX, Randy (Joy) Bisping of Spring Lake, MI, Robin (Mike) Awe of Durango, CO, and Rhonda Bisping of Durango, CO; and several great-nieces and great-nephews.  She was preceded in death by her parents; a brother and sister-in-law, Marvin and Corella Bisping; and a sister, Gloria Thiesfeld.

All services will be private at this time with burial at Peotone Cemetery.  A celebration of Carol’s life will be held at a later date.

To send flowers to the family in memory of Carol Bisping, please visit our flower store.