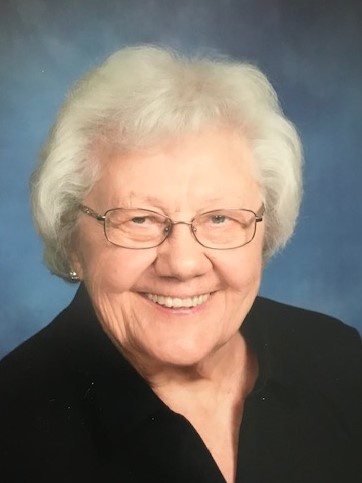 Bonnie J. Carstens, age 90, of Normal, IL; formerly of Peotone; passed away on Saturday, February 20, 2021 at her home surrounded by her family.

Bonnie was born on August 27, 1930 in Peotone, IL, the daughter of Harry and Clara (Klemme) Schroeder.  She married Lyle M. Carstens on March 18, 1951 at Salem United Church of Christ in New Orleans, LA.  He passed away on September 19, 2017.  Bonnie lived in Peotone for most of her life until moving to Normal in 2013 to be closer to her family.  She was a member of Immanuel United Church of Christ in Peotone, the Peotone American Legion Auxiliary, and a former member of the Peotone Women’s Club.  She enjoyed golf, traveling, and spending time with her family, especially her grandchildren.

A memorial visitation will be held at the Fedde-Helfrich-Cross Funeral Home on Saturday, April 10, 2021 from 2:00 p.m.-4:00 p.m. with a memorial service being held at 4:00 p.m., Nancy Wheeler officiating.  Due to the global health pandemic (COVID-19) the wearing of a face covering will be required to enter the funeral home and social distancing must be observed.  The memorial service will be live-streamed on the Fedde-Helfrich-Cross Funeral Home Facebook page.  Memorials in her name may be directed to Immanuel United Church of Christ, 311 W. Corning Ave., Peotone, IL 60468 or Kindred Hospice, 705 N East St. #3, Bloomington, IL 61701.

To send flowers to the family in memory of Bonnie Carstens, please visit our flower store.