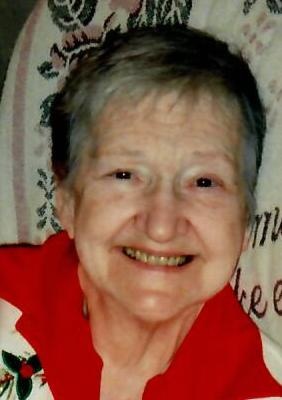 She was born on July 15, 1931 in Beecher, the daughter of William and Talitha (Hack) Becker.  She married the late George H. Millar on November 20, 1949.  He passed away on October 23, 2010.  Belle formerly worked at Bennett Industries in Peotone as well as being a licensed antique dealer; owning and operating Millar’s Antiques in Manteno along with her husband, George.  She also waitressed at Miami Gardens in Peotone during the Al Capone era as well as the Snack Shop in Peotone.  She was a member of the American Red Cross and taught first aid.  She was a member of Immanuel United Church of Christ, served as an election judge for many years, and was an active participant in the American Cancer Society Relay for Life since it began in Peotone.  She always supported activities and events in the Village of Peotone.  She loved to paint and enjoyed playing bingo, doing puzzles, and especially loved spending time with her family and friends.

To send flowers to the family in memory of Belle Millar, please visit our flower store.