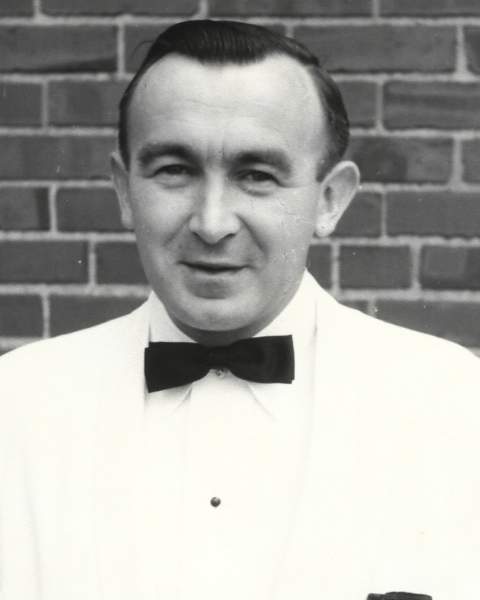 Austin Leyden, 92, returned Home on Tuesday August 2, 2022. He was surrounded by those who loved him, and passed away peacefully at his residence in Palos Hills, IL.

Austin was born on January 19, 1930 in Liscannor, Co Clare Ireland. He was the First born of 12, to his parents, Ann Devitt Leyden and John Leyden. Austin was named after his father’s favorite brother, and Uncle to young Austin.

On November 9, 1948, Austin Emigrated to the United States on the SS Marine Marlin. He landed at Ellis Island. He stayed in New York, long enough to catch a train west to Chicago, where his father’s sister Aunt Nora Leyden lived and sponsored Austin’s passage. Austin was the 1st of many nephews and nieces Great Aunt Nora would come to sponsor.

Austin stayed in Chicago with his father’s other sister, Aunt Sue Leyden McMahon and her family of young Tommy McMahon & Thomas Sr., at their South Side home.

From 1953-1955 Austin served in the United States Army. PFC Austin was Honorably Discharged on

Austin became a Naturalized American citizen on December 10, 1954, while serving stateside during the Korean War, at Fort Sill in Lawton, Oklahoma.

Austin went from County Clare Ireland to Comanche County Oklahoma. It doesn’t get more American than that!  Austin received both the National Defense Service Medal and the Good Conduct Medal.

Austin’s monthly pay in the military was $75 a month.

Austin set up via the military a monthly $25 deduction to be sent directly to his mother. The United States Military would match that an additional $25 totaling $50 month. $50 in American dollars went very far in post WW2 Ireland. Austin never forgot his duty to his large family back in Ireland.

Austin met his future Bride, Margaret Guerin on her 19th Birthday in July of 1956. They met the “old fashioned way” at an Irish Bar called Callaghan’s on 63rd St on Chicago’s Southwest Side.

Austin and Margaret Married at St Theodore’s Parish in Chicago, On October 25, 1958, and Honeymooned at Starved Rock Lodge in Utica, IL.

Austin and Margaret welcomed their first child, a son Austin Anthony in July 1959, followed by their Daughter Sarah Ellen in February 1962. In June 1964 Austin chose to fully embrace his duty as Godfather to his nephew Young Connor. Young Connor we be Austin’s and Margaret’s third child and 2nd son.

Austin purchased his first home in 1960 at 2007 W 68th St in the West Englewood Neighborhood of Chicago, as a surprise gift to his wife, Margaret. The house was built by many relatives, including Austin’s Brother In Law, Frank McGinley.

Austin had many longtime positions, ILLINOIS “Ma” Bell for 16 years & Metropolitan Water Reclamation for 25 years, which he retired from in 1996.

One of Austin’s favorite things to say was that he drew on his pension longer than he had paid into it! Then he would laugh! Austin was involved in many philanthropic organizations: Knights of Columbus; The former Our Lady of the Ridge, in Chicago Ridge, IL., as an Usher; P.A.D.S. Organization for the Hungry and Homeless; Disabled American Veterans and a Member of the American Legion.

Below is an excerpt from a letter Austin received from his Commanding Officer prior to his discharge from the military:

“You have shown, during the months assigned to this Department a degree of integrity, dependability, and trustworthiness, which is going to be difficult to replace”

Austin continued to always put God, Family & Country ahead of his own personal desires throughout his entire life. Austin was predeceased by his sister, Baby Margaret, Brothers Patrick “Paddy”, Peter and Johnny Leyden and most recently his sister and “Irish Twin” Brigid Leyden McGinley. As well as his favorite canine companion, Rusty.

All are welcome to Join our family for a celebratory luncheon to be held at 1:00 p.m.at:

Austin’s favorite color was blue, please feel free to honor Austin’s memory by wearing an article or accent of blue on this day. In lieu of flowers, please perform a random act of kindness.

To send flowers to the family in memory of Austin Leyden, please visit our flower store.