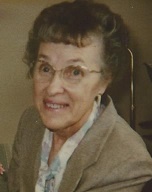 She was born on August 21, 1932 in Bonfield, IL, the daughter of the late William and Ruth (Rathman) Buckman. She grew up in Bonfield and lived there until she married the late Ervin W. Schubbe on March 2, 1962 in Bonfield. He died on August 25, 2002.

Arlene was a registered nurse, a farmer’s wife, and a homemaker. She was a member of the Immanuel United Church of Christ in Peotone. She was active in the Eastern Will County Senior Services and the Will County Fair. She loved to travel with her family and friends.

She was preceded in death by her parents; her husband; her step-mother, Florence Buckman; five brothers, James, Howard, Harold, Lawrence, and Frederick; and one sister, Patricia.

To send flowers to the family in memory of Arlene Schubbe, please visit our flower store.