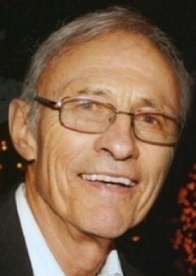 Anthony “Tony” B. Issert, age 79, of Peotone, passed away on Sunday, May 1, 2016 at Riverside Senior Life Community in Bourbonnais, IL.

He was born on September 8, 1936 at St. Mary’s Hospital in Kankakee, the son of the late Jules Phillip and Marie Ange (Fortin) Issert. Tony was a retired grain and cattle farmer in the Peotone area. He was a member of St. Paul the Apostle Catholic Church and a 4th Degree Knight of Columbus member. He was a veteran of the National Guard, and a member of the Peotone American Legion Post 392, the Bradley Moose Lodge and The Green Club. He liked gardening, music, was a car enthusiast, and enjoyed restoring antique tractors. He loved to travel and spend time with his friends and family.

Visitation will be held at the Fedde-Helfrich-Cross Funeral Home on Friday, May 6 from 4:00 p.m.-8:00 p.m. A funeral mass will be held at St. Paul the Apostle Catholic Church on Saturday, May 7 at 10:30 a.m. Burial will be at West Peotone Cemetery. Memorials to the Alzheimer’s Association or St. Paul the Apostle Catholic Church would be appreciated.

To send flowers to the family in memory of Anthony Issert, please visit our flower store.