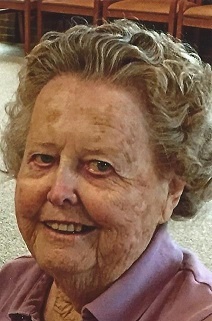 She was born on January 28, 1927 in Joliet, IL, the daughter of the late Clarence and Frances (Reiter) Kestel and grew up in Manhattan, IL. She married the late Edward William Helt on October 20, 1951 in Manhattan and they lived there until moving to their family farm in Peotone in 1965. Edward passed away on August 12, 1996. She loved living on the farm, spending time with family, and loved to bake. She was a faithful member of St. Paul the Apostle Catholic Church in Peotone.

She is survived by a daughter and son-in-law, Rita (Brent) Kincheloe; three grandchildren, Christoper Kincheloe of Arlington, VA, Patrick Kincheloe of Champaign, IL, and Joseph Kincheloe of Champaign, IL; a sister, Margaret (the late Louis) Bosse of New Lenox, IL; a brother and sister-in-law, Robert (Maree) Kestel of San Jose, CA; and numerous nieces and nephews. She was preceded in death by her parents; her husband; a son, James Helt (1984); a brother and sister-in-law, Gerald (Patricia) Kestel; and a brother, Clarence Kestel Jr.

To send flowers to the family in memory of Anna Helt, please visit our flower store.