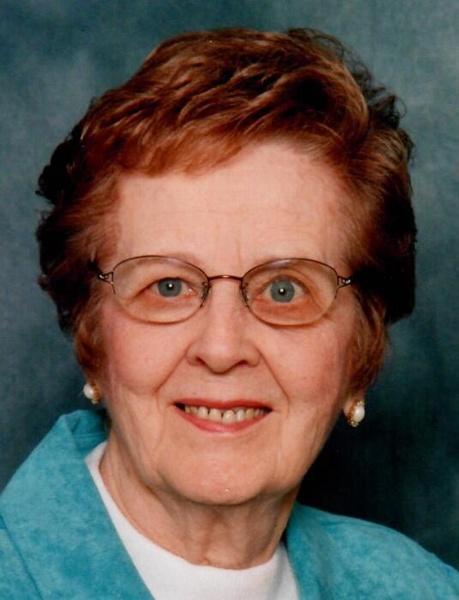 She was born on April 26, 1921, in Kankakee, IL, the daughter of Lloyd and Louise (Tong) Bate.  Alice was the valedictorian of the Peotone High School class of 1939 and a 1943 graduate of Wheaton College, subsequently planning and attending many reunions, having recently given the benediction at her 75th reunion.  She then went on to obtain her Master’s Degree in Library Science from Northern Illinois University.

Alice married Harry Francis DeBoer, her hometown beau, on June 1, 1946, at the First Presbyterian Church in Peotone.  She was a teacher and school librarian working at Chicago Christian and Thornton Fractional North and South High Schools.  A passionate genealogist, she was active and served as a board member in the South Suburban Genealogical and Historical Society.  She traced her own and Harry’s family histories back to the 1500’s in England and the Netherlands, even organizing a family heritage tour in 2001.  She was a member, Sunday School Teacher and librarian at Lorimer Memorial Baptist Church in Dolton.  An avid world traveler, she and Harry visited numerous countries on 4 continents.  Alice was well known for managing the produce from Harry’s garden.  She was a voracious reader, enjoying the newspaper from front to back and doing the daily crossword puzzle.  She was devoted to her family and sought God’s will in all of her endeavors.

Private family services will be held and a public celebration of her life will be held at a later date.  The private family service will be live streamed on the Fedde-Helfrich-Cross Facebook page on Saturday, May 30 at 11:30 a.m., Pastor Dan Gute officiating.  Burial will take place at Peotone Cemetery.  Memorials in her memory may be directed to Wheaton College or the South Suburban Genealogical and Historical Society.

To send flowers to the family in memory of Alice DeBoer, please visit our flower store.