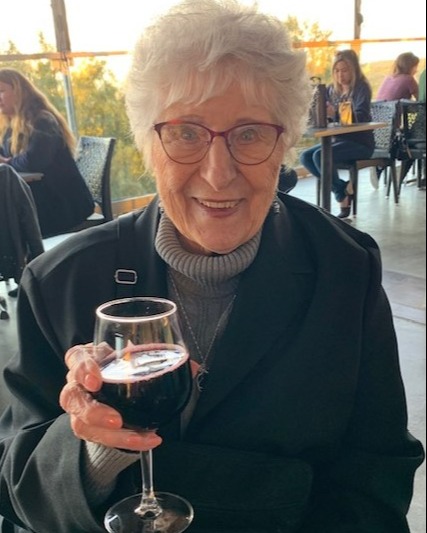 Alberta M. Overocker, age 88, of Tinley Park, formerly of Monee, passed away on Saturday, January 7, 2023, at Spring Creek Nursing and Rehab in Joliet.

She was born on July 8, 1934, in Chicago Heights, the daughter of Hiram and Genevieve (Zentara) Tompkins.  Alberta married Charles C. Overocker on September 11, 1954, at St. Paul the Apostle Catholic Church in Peotone.  He passed away on September 23, 2000.  She was the owner/operator of the Country Loft in Monee where she sold the paintings she created as well as teaching painting classes.  She was a member of the Illinois Prairie Painters Society and Old Mill and South Side Brushes.  She also enjoyed reading and crocheting when she wasn’t painting.

Alberta is survived by her daughter and son-in-law, Dawn and Ron Couch of Long Beach, CA; her son and daughter-in-law, David and Tracy Overocker of Tinley Park; her grandchildren, Krystine Couch, R. David Couch III, Cody (Amber) Overocker, Rachel Overocker, Nicholas Overocker, and Melissa Snell; 5 great-grandchildren; a sister, Eugenia Scheiman of Peotone; a sister-in-law, Judith Tompkins of Peotone; and several nieces and nephews.  She was preceded in death by her parents; her husband, Charles; her daughter, Elizabeth Overocker; 2 sisters, Eileen Cummins and Linnie Harris; and a brother, H. Daniel Tompkins.

To send flowers to the family in memory of Alberta M. Overocker, please visit our flower store.