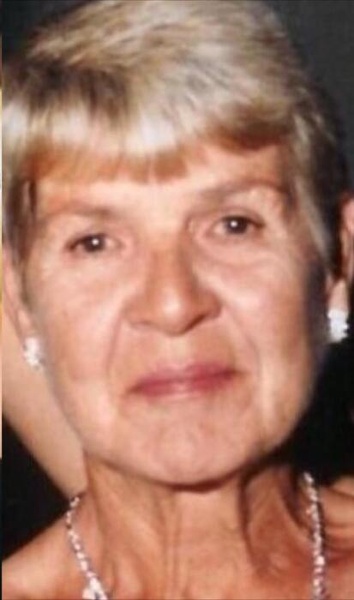 She was born on June 27, 1932 in Germany, the daughter of George and Rose (Dorchbath) Schumann.  She married Ralph W. Heft Sr. on February 26, 1955 in Germany and then again later in the U.S.A.  Marlene was a homemaker and enjoyed baking.  She was of the Catholic faith.

She is survived by her husband of 66 years, Ralph W. Heft Sr. of Monee; her children, Ralph W.  (Sharon M.) Heft Jr. of Tinley Park, Jo Ann Coughlin of Chicago, and Roberta (Robert) Eggert of Peotone; her grandchildren, Ryan W. Heft, Chelsey Heft, and Casey Heft, Taylor Coughlin, Shea Coughlin, Avery (Mark) Sewall, and Rowan Eggert.  She was preceded in death by her parents and her sister, Trudy Lobinger.

Visitation will be held at the Fedde-Helfrich-Cross Funeral Home on Thursday, September 2 from 3:00 p.m. to 7:00 p.m. with funeral services being held in the funeral home chapel at 7:00 p.m., Father Roger Kutzner officiating.  Due to the State of Illinois mandate, the wearing of a face covering is required to enter the funeral home. Private family burial will take place at St. Mary Catholic Cemetery in Evergreen Park.  Memorials in her name may be directed to the American Cancer Society.

To send flowers to the family in memory of Marlene Heft, please visit our flower store.