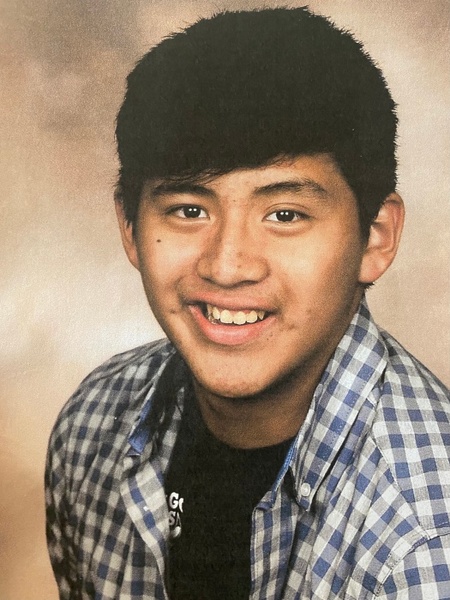 Dylan Grant McConkey, born May 13,2003, age 18 was a lifetime resident of Peotone, passed away suddenly on Sunday, August 22, 2021 in Terre Haute, Indiana. Loving son of Brian and Alexis (Gamundoy) McConkey of Peotone; beloved brother of Caitlin McConkey of Peotone; cherished grandson of Carol McConkey of Peotone and the late James McConkey of Gilman and Jun and Ampy Gamundoy of Chicago; dearest nephew of Craig (Shelby) McConkey of Peotone, Carla (McConkey) Gentle of Peotone, Audrey (Gamundoy) and Ron Carlson of Skokie, Agnes Gamundoy of Chicago, Norma Ballenas of Chicago; fond cousin of Justin (Jennifer) McConkey, Kevin (Court Harris) McConkey, Trent (Julia) McConkey, Nicole (Michael Zonenashvili) Carlson, Kimberly (Stephen) Carlson Heilman. He is also survived by many second cousins and friends. Dylan was a graduate of Peotone High School Class of 2021, and a freshman at Indiana State University. Dylan was kindhearted and had an infectious smile. He enjoyed playing basketball and sand volleyball with his friends and catfishing with his dad. He was an avid fan of the Chicago Bulls especially, Michael Jordan and the Washington Redskins. He collected basketball jerseys and basketball shoes, and also loved music and enjoyed collecting vinyl records. He was a member of St. Paul the Apostle Catholic Church in Peotone. A visitation will be held at Fedde- Helfrich- Cross Funeral Home 112 W. Main St. Peotone IL 60468 on Sunday, August 29, 2021 from 2:00 PM until 8:00 PM. Funeral service in the funeral home chapel on Monday, August 30, 2021 at 11:00 AM. Interment will follow to Peotone Cemetery. For information www.feddehelfrichcrossfh.com or 708-258-6737 .

To send flowers to the family in memory of Dylan McConkey, please visit our flower store.