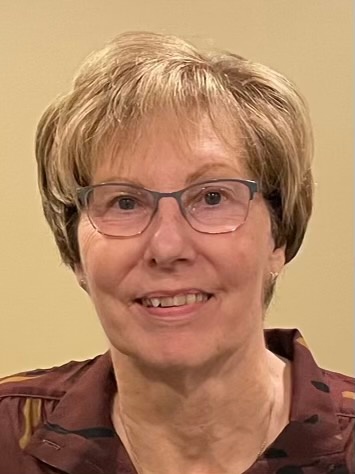 She was born on May 14, 1951 in Joliet, IL, the daughter of Ken and Betty (Fortier) Maves.  She was a Peotone High School graduate, class of 1969.  Diane married Robert J. “Bob” Klipp on July 31, 1971 at St. Paul the Apostle Catholic Church in Peotone.  He passed away on August 2, 2021. She worked as a bookkeeper for Dralle Chevrolet and Buick in Peotone for many years.  She was a member of St. Paul the Apostle Catholic Church.  Diane enjoyed gardening, flowers, and most of all spending time with her family, especially her grandchildren.

Diane is survived by her daughter and son-in-law, Brandi and Brian Sapp of Goshen, IN; her grandchildren, Benjamin, Alison, and Jeremy Sapp; her brother and sister-in-law, Gene and Holly Maves of Peotone; her sister and brother-in-law, Margo and Gary Bouchard of Albuquerque, NM; her brother-in-law and sister-in-law, Russell and Gerry Klipp of Peotone; and several nieces and nephews.  She was preceded in death by her parents; Ken and Betty Maves; her husband, Robert J. “Bob” Klipp, her daughter, Angela Klipp Christell (December 11, 2004); her brother, Ken Maves; and her sister-in-law, Carol Denault.

Visitation will be held at the Fedde-Helfrich-Cross Funeral Home on Thursday, November 4 from 3:00 p.m.-7:00 p.m.  A funeral mass will be celebrated at St. Paul the Apostle Catholic Church on Friday, November 5 at 10:30 a.m., Father Roger Kutzner officiating.  Burial will take place at Peotone Cemetery.  Memorials may be directed to the wishes of the family.

To send flowers to the family in memory of Diane Klipp, please visit our flower store.