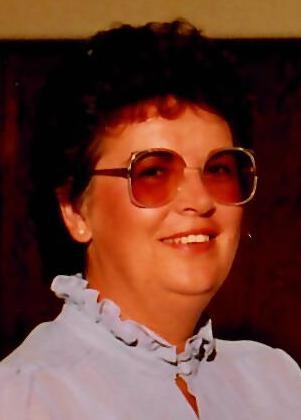 She was born on September 17, 1941 in Kankakee, IL, the daughter of Levern and Hazel (Ginter) Jacobs.  She married Alfred W. Ahlborn, Jr. on June 26, 1960 in Morris, IL.  He passed away on January 26, 2003.  Barbara worked at the Joliet Arsenal before retiring to raise her family.  Later in life she went to work for Marshall Fields in Park Forest and then Macy’s in Orland Park.  She was an avid Chicago Cubs fan and sports in general.  She enjoyed traveling to Shipshewana, IN for all of the bakery goods and crafts.  She especially loved spending time with her family.

Barbara is survived by her three children and their spouses, Karen (Brian) Oliver of Peotone, Doug (Cathy) Ahlborn of Bourbonnais, and Cindy (Alfred) Sorenson of Tinley Park; her grandchildren, Nicholas, Alexandra, Elizabeth, Zachary, Jacqueline, and Danielle Ahlborn, Taylor and Jacob Oliver; and Ali and Riley Sorenson; and her great-grandchildren, Aaliyah, Navy, Golden, Braden, and Cayden.  She was preceded in death by her father, Levern (1985); her mother, Hazel (1999); her husband, Alfred (2003); and her brother, David Jacobs (1972).

Cremation rites have been accorded.  There will be a graveside service held at Peotone Cemetery on Thursday, July 1 at 11:00 a.m., Nancy Wheeler officiating.  Memorials in Barbara’s name may be directed to the Peotone Paramedics.

To send flowers to the family in memory of Barbara Ahlborn, please visit our flower store.