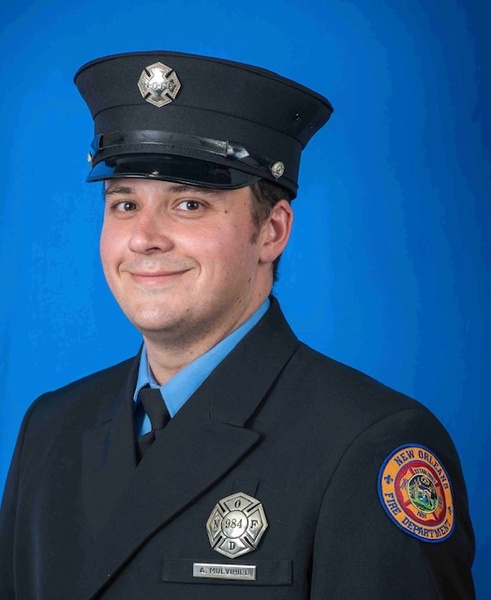 Alec was baptized at First St. Paul’s Lutheran Church in Chicago and attended Christ Community Church in Peotone until his relocation to Mandeville, LA.

Visitation will be held at Christ Community Church, 103 W. Corning Ave., Peotone, IL on Tuesday, June 21 from 10:00 a.m.-11:00 a.m. with a funeral service being held at 11:00 a.m., Rick Selk officiating.  Burial will be at Peotone Cemetery with a luncheon to follow at the Peotone American Legion.  Pallbearers will be Anthony Gill, Brent Benner, Jake Hilliard, Timothy Mulvihill, Carter Mulvihill, and Drew Mulvihill.  In lieu of flowers, memorials may be made to the Kankakee County Humane Foundation or the New Orleans Fire Department Benevolent Fund.  Share a memory at www.feddehelfrichcrossfh.com

To send flowers to the family in memory of Alec "Mugs" Mulvihill, please visit our flower store.